The Path to Ending Veteran Homelessness

The Official Site of the National Alliance to End Homelessness

Reposted from the National Alliance to End Homelessness

On Monday, the nation will take a collective moment to honor those who have served in the armed forces. But just like any other day, more than 38,000 veterans will spend the night sleeping on the streets or in shelter.

While one homeless veteran is one too many, we have made significant progress in helping veterans find and maintain housing. Since 2010, the United States has cut veteran homelessness almost in half, providing a model for ending homelessness for all groups nationwide. Three components were critical to this decline: increased investment, coordination and commitment, and a focus on the most vulnerable. 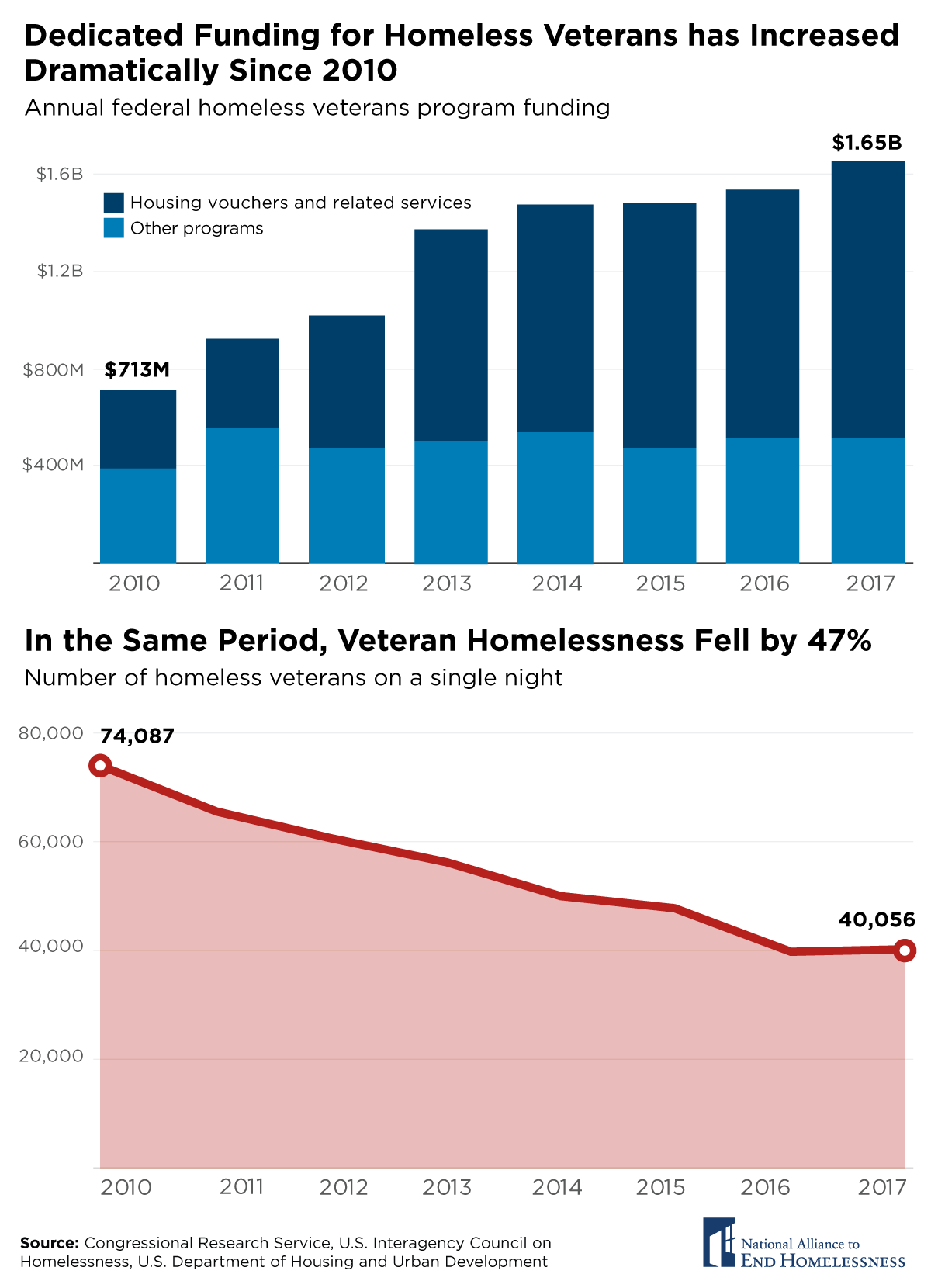 Read more in Increased Investments in Ending Veteran Homelessness Are Paying Off. 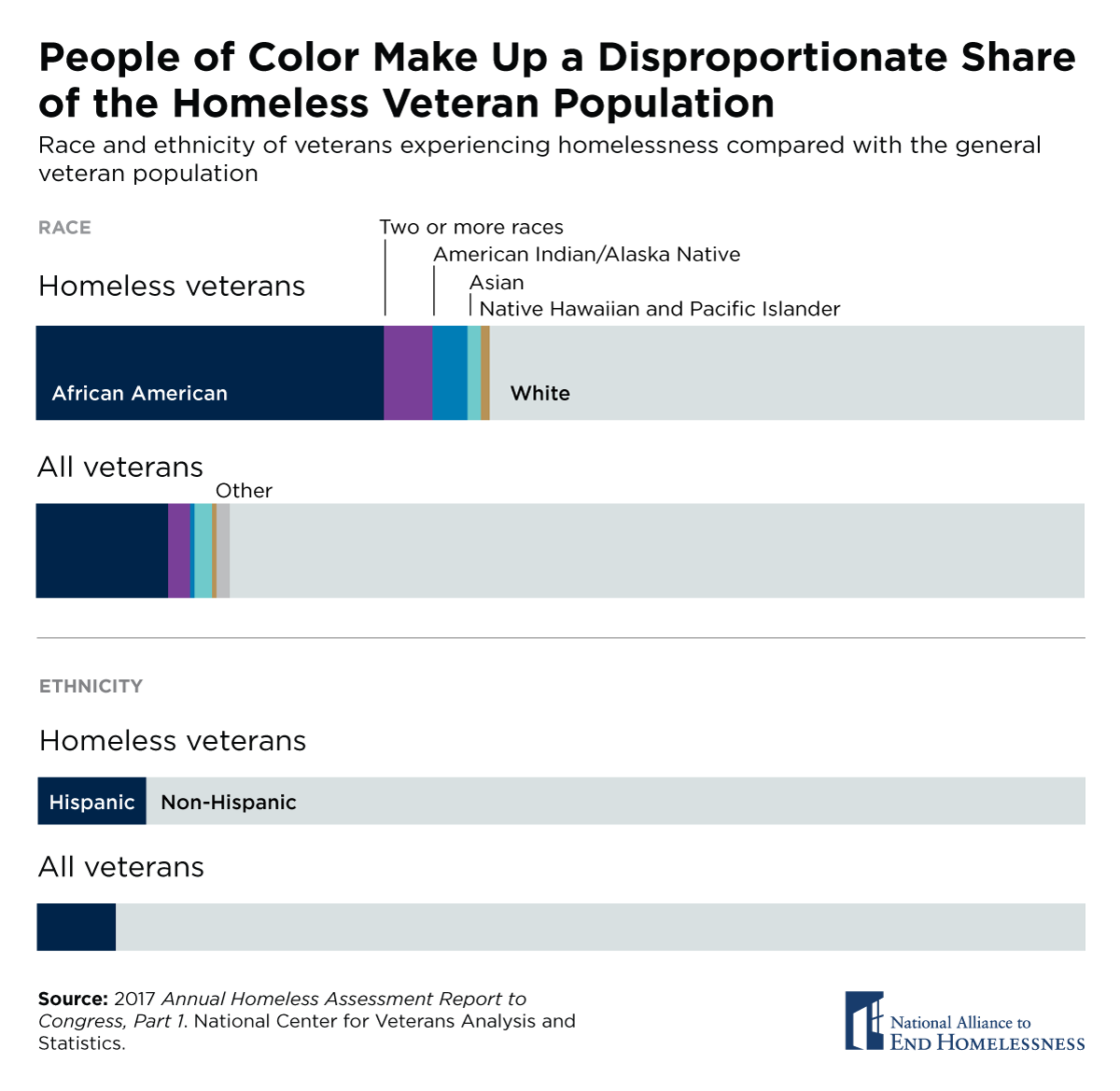 Read more in People of Color Make Up A Disproportionate Share of the Homeless Veteran Population.